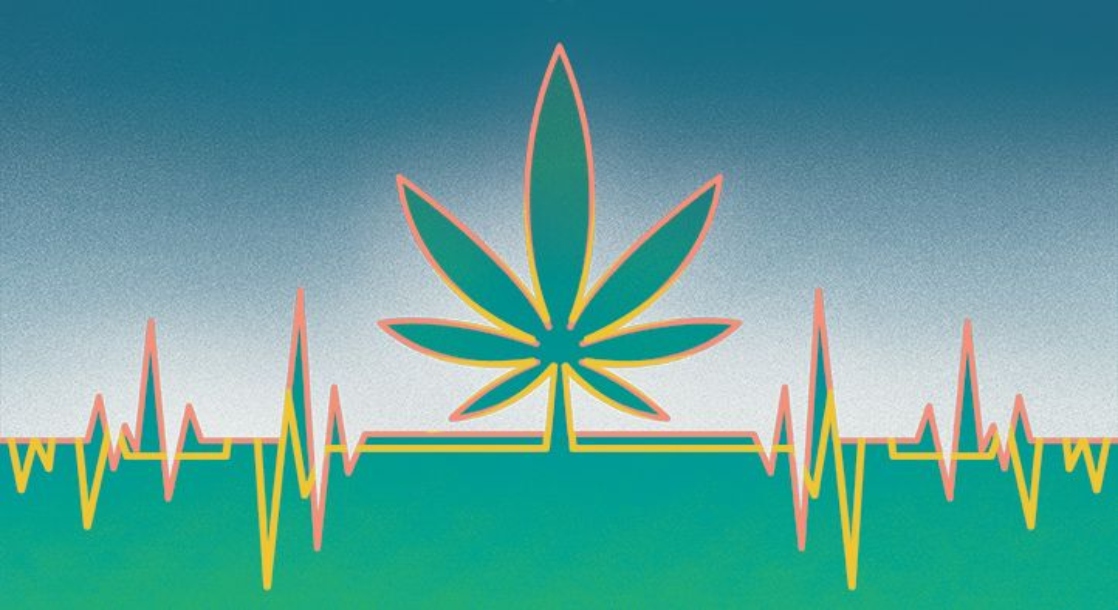 Earlier this week, the American Heart Association (AHA) reportedly made a few public statements regarding marijuana that seem a bit contradictory.

First came a “scientific” claim that smoking weed is dangerous to cardiovascular health and should be avoided. Adding to the confusion, the AHA then stated that existing studies on marijuana and the heart are “short-term, observational and retrospective studies, which identify trends but do not prove cause and effect,” thereby invalidating their findings. Then, the AHA called for cannabis to be removed as a Schedule 1 drug, so scientists can research it freely.

On its face, yes — we all want legalization, and cannabis to be rescheduled or removed from the controlled substances list; and we all know that more research needs to be done. But, it’s common knowledge that AHA tends to base many of its “findings” on longstanding biases, so it’s difficult not to interpret the underlying message here as: “Weed is bad for your overall health, but it’s a good way for us to get more money so we can conduct more studies to show that it is bad.”

Ultimately, the AHA’s statement reeks of Drug War sentiment. But, let’s look at the individual statements and try to keep our heart rates in check.

Following a study published Wednesday in the journal Circulation, Dr. Rose Marie Robertson, the AHA’s deputy chief science and medical officer, said in a statement, “People who use cannabis need to know there are potentially serious health risks in smoking or vaping it, just like tobacco smoke. The American Heart Association recommends that people not smoke or vape any substance, including cannabis products, because of the potential harm to the heart, lungs and blood vessels.”

The study itself reportedly found “no cardiovascular benefits” in ingesting weed and claims that doing so may “trigger cardiovascular conditions or events, such as heart attacks and strokes.”

Addressing those alleged concerns, an AHA writing group led by clinical physician — and board certified geriatric pharmacist — Robert Page II suggests that if people use cannabis medicinally or recreationally in measured doses, particularly in oral and topical forms, some of the potential harms could be reduced.

Page’s group statement also called for regulators to standardize THC and CBD concentrations in legal weed and — in a potential move that might directly benefit the AHA — declared that cannabis should be rescheduled so more government funds can be directed toward its research.

“We urgently need carefully designed, prospective short- and long-term studies regarding cannabis use and cardiovascular safety as it becomes increasingly available and more widely used,” Page stated. “Research funding at federal and state levels must be increased to match the expansion of cannabis use.”

Did everybody catch that last part about “research funding… must be increased”? Using federal funds to study cannabis is a slippery slope because the US government is actively anti-weed. So, any research conducted with federal funds is going to have a negative slant, even if the findings are mostly positive. Take the National Institute on Drug Abuse (NIDA), for instance. This government agency can only produce studies on cannabis through the lens of drug addiction, even though they know that weed has medical benefits.

Don’t get us wrong: We obviously need more research on cannabis, and we want it rescheduled, too (though, descheduling might be better!). But, it’s hard to trust an organization that uses its “findings” to release blanket statements such as “weed is bad.” It’s also hard to trust people within an organization that are certified pharmacists. Why? Because it means — at the very least — the people running the show are clouded by the ideologies of Big Pharma. It also doesn’t seem like the AHA is interested in genuine reform that will mend the wrongs of the Drug War by clearing recordings, pardoning convictions, and granting clemency to people sitting behind bars for a plant that is legal in some form across the majority of the US.

But, the controversy of cannabis on heart health is nothing new. If you follow MERRY JANE, you probably know that we have covered this issue extensively. Back in 2018 we wrote about a study from the University of Colorado that suggests weed users have a better chance of surviving a heart attack. This past June we also covered a University of Mississippi Medical Center study that showed no evidence linking cannabis to an increased risk of strokes.

Other studies suggest that hypertension patients experience a drop in blood pressure after using weed; and researchers noted positive effects of cannabis on mice in slowing the progress of atherosclerosis and offering protection against chronic chronic heart failure.

Of course, smoking anything isn’t good for your health — I think we can all agree on that. But, just because these studies may not “prove cause and effect” doesn’t negate the validity of the literature pointing to the potential benefits of cannabis on cardiovascular well-being and other health issues.

The American Heart Association may have their own agenda for ringing the alarm on cannabis and calling for rescheduling, but so do we: Legalize weed now because it is mostly good for you, and the War on Drugs is a racist fallacy designed to brainwash US citizens, and oppress the Black community and people of color.