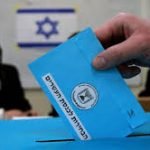 The Independent (UK) reports and we do wish Amos Oz could have stayed around a little longer to see this, we’re pretty sure it would have generated a wry smile.

After weeks of chasing the extreme nationalist vote, leader has now turned his attention to the stoners

it seems, Benjamin Netanyahu is targeting an entirely different demographic by suggesting he would consider legalising cannabis if he won another term in power.

Asked about the issue during a live Facebook stream, the Likud party leader said he was “looking into it and will have an answer soon”.

JERUSALEM (AP) — The Cinderella story of Israel’s current election campaign is a fringe party led by an ultranationalist libertarian with a criminal record who vows to legalize marijuana, and seems to diverge dramatically from the long list of quirky candidates of the past who have drawn attention to their improbable runs for parliament.

For starters, Moshe Feiglin’s Zehut party has a real shot of getting elected next month and could even emerge as a kingmaker in a tightly contested race for prime minister. But his seemingly liberal civic platform, which has generated a strong hipster following, could be masking a far more polarizing agenda.

Feiglin, who got pushed out of the ruling Likud party four years ago for his extreme right-wing positions, has taken the campaign by storm, putting cannabis high on the national agenda and forcing the front-runners to take a stand on the issue. He’s also one of the few party leaders to refrain from endorsing either Prime Minister Benjamin Netanyahu or his top challenger, retired military chief Benny Gantz.

“We are in nobody’s pocket,” Feiglin told Israel’s Army Radio recently. “Legalization is the condition for us joining any government.”

The message seems to be catching on, ironically, in the first election in 20 years that the single-issue Green Leaf party has refrained from running. In response to what has been dubbed the “Feiglin effect,” Netanyahu this week boasted about increasing the availability of medical cannabis and approving its export, making Israel just the third nation in the world to do so. He also promised to “examine” the issue of legalization for recreational use.

Labor Party leader Avi Gabbay said he was in favor of legalizing, calling cannabis less dangerous than alcohol. In a radio interview, he then disclosed he had smoked it himself in the past. And the dovish Meretz party, seeking to reclaim what would seem to be its natural electorate, issued a reminder that it was the first party in parliament to promote the issue while others were now merely catching up.

But Feiglin, an observant, Jewish West Bank settler who doesn’t smoke marijuana himself, has been the one cashing in, finding an unlikely audience among urban youngsters drawn to his message of personal freedom and domestic policies, which, besides legalization, include an anti-labor union platform that promotes school vouchers, animal rights and free market economics.