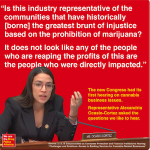 AOC has herself been a vocal advocate for marijuana legalization, and made headlines earlier this week when she said she’d have no objections to a sitting president using marijuana. “We need to accept that there is nothing more inherently damaging about marijuana than say legal substances, like alcohol or anything else,” she told TMZ. “So, I’m glad that we’re moving towards a more just position as a party and that we’re moving to legalize marijuana but not just legalize marijuana but to really make up for the damages done by the war on drugs and the people who were unjustly incarcerated by the war on drugs.” 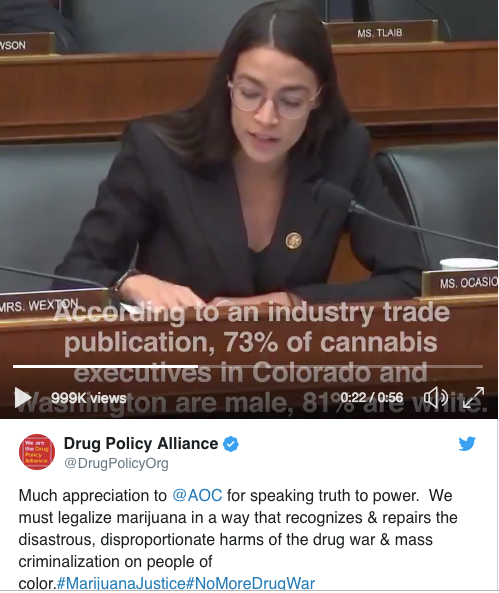