Image via “Angel in My Pocket”

Billy Ray Cyrus won’t be passing his joints this 4/20. The country rock singer and celebrity dad still has a busy holiday ahead, though, including the release of a new single, a virtual concert, and countless family smoke sessions. But with the help of his new personally-branded pre-rolls, the whole Cyrus family will be able to safely toke on their own personal joints.

Cyrus’ freshly-dropped “Midnight Special” pre-roll packs are a collaboration with California cannabis brand Lowell Herb Co., and the products will be released at dispensaries like Sweet Flower and through pot delivery services this weekend — just in time for the stay-at-home holidaze. 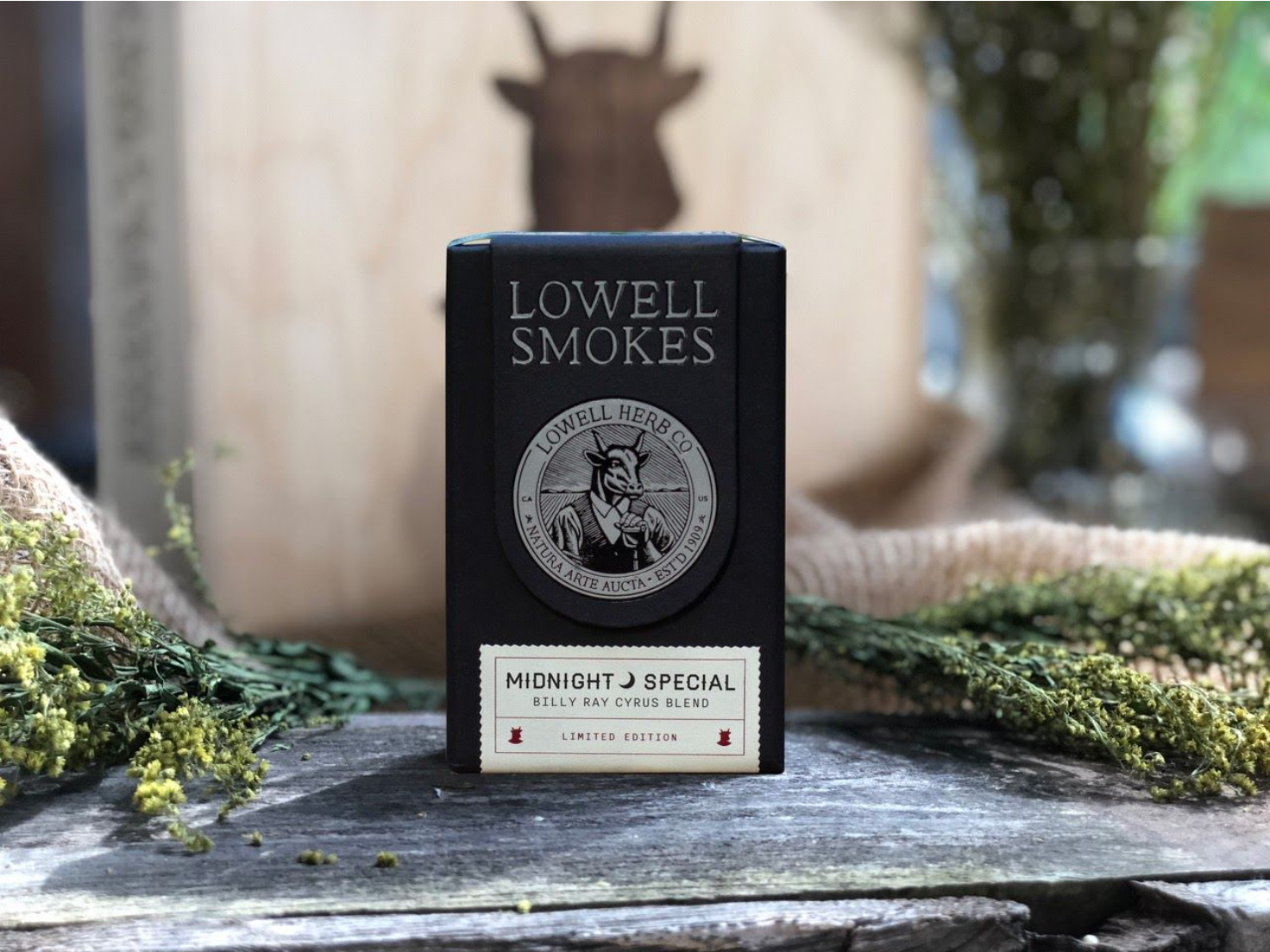 “Although 4/20 will be different this year, the spirit remains unchanged — it’s a time for us to acknowledge our industry’s progress, show appreciation for our community, and to celebrate our momentum towards ending prohibition,” David Elias, CEO of Lowell Herb Co. said in a press release. ““Billy Ray Cyrus is an icon, transcending genre and entertainment mediums. He also understands the cannabis plant, and the quality we stand for. His support of the industry, especially at this time is greatly appreciated.”

Sold in packs of six pre-rolls for $46, Billy’s Midnight Special is a sativa-dominant hybrid blend of the strains Lava Cake and Banana Cream. With effects that include relaxation and a cerebral charge, the ready-to-smoke joints are perfect for Cyrus’ 4/20 plans: The musician is scheduled to join Wiz Khalifa, Berner, and a slew of other cannabis-friendly artists for a live performance and debut of his new music video “Mama Kush” during the “Higher Together: Sessions from Home” concert stream.

And with so much talent — and cannabis love — in the Cyrus household, we wouldn’t be surprised to see a holiday guest appearance or two on the livestream. But even if Miley, her mom, or sisters do join the party, don’t expect to see any joint passing.

“Be a Bogart. If you care, don’t share. Don’t pass your joint or pipe around, it’s just not safe to do right now,” Cyrus said in the press release. “Let’s all take a breather, chill out on 4/20, and jam to some new music. We’re gonna have a good time.”