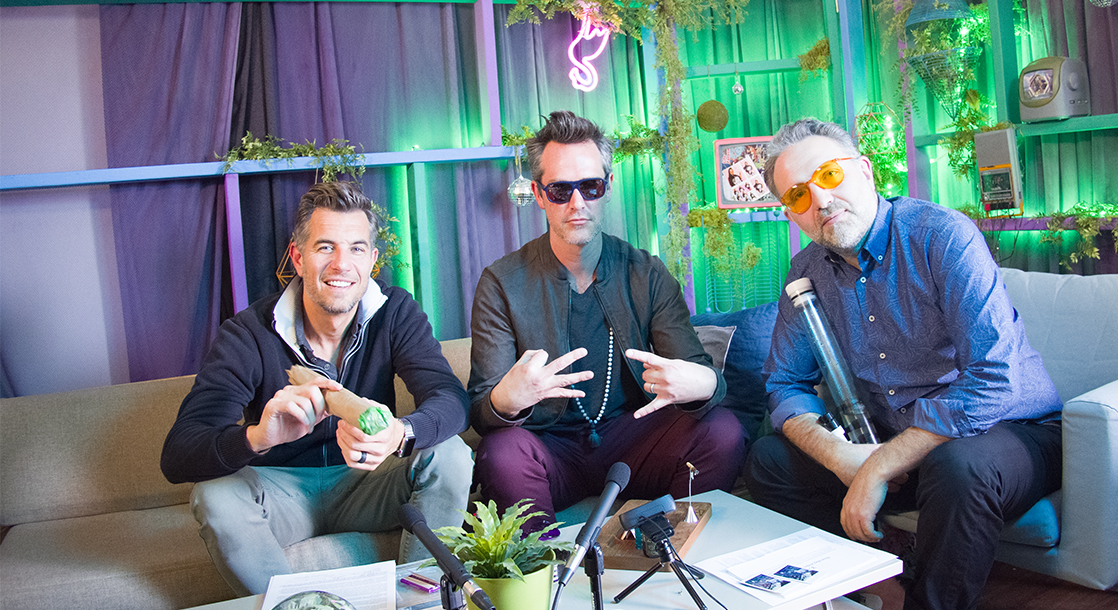 On the latest episode of About That Time, we linked up with vocalist/guitarist Nick Hexum and bassist Aaron “P-Nut” Wills of the one and only 311.

After kicking off the smoke sesh with some outdoor-grown ganja supplied by our good friends at Swami Select, Noah Rubin and his co-host Kalea McNeill discussed March 11th (aka 311 day), how South American fans sing both the lyrics and guitar parts from 311 songs at concerts, and why going low and slow is the best way to consume edibles.

As part of “Posted Up,” we took a select tour of 311’s Instagram, where we were regaled with stories about being permanently booked at Red Rock for 4/20, their ‘beef” with Eric Andre, their love of bowling, an expertly carved 311-themed pumpkin, and more.

Before we knew it, it was time to “Roll the News,” the segment in which we chop it up about the most important news stories in the cannabis world and beyond. This week, we discussed the FDA approving Johnson & Johnson’s ketamine-derived nasal spray, the CEO of Whole Foods announcing that he thinks cannabis should be sold in grocery stores, and a study that found that U.S. states with stricter gun control laws have fewer mass shootings (because “Guns Are For Pussies,” as the band attests).

It wouldn’t be 4:20 without “Astrology Time,” so we whipped out the salt lamp and applied the mystical purple filter to hit Nick and Aaron with their astrological charts. To add some extra fun to the equation, we also broke out our infamous NASA-engineered bong and asked the musicians to guess whose chart each prediction corresponded to. Which one has a blind spot when it comes to saving money? Who can easily spot deception in a colleague or associate?

It’s a great time to be a 311 fan, as there’s plenty of good stuff coming down the pipeline. They just announced summer tour dates, and will be releasing a new album before getting back on the road, too. Plus, the band is launching a line of cannabis and CBD products. And last but not least, there’s a new 311 documentary playing in select theatres called Enlarged to Show Detail 3. Catch it while you can!

Time flies when you’re having fun, but there’s a lot more on deck. Stay tuned to MERRY JANE’s Facebook page to catch all the ganja-fied glory, and follow us on Instagram to find out who’s joining our joint sessions. We’ll see you there.