This April 20th, Dr. Dre’s The Chronic will finally be available on all music streaming platforms, following its recent inclusion in the US Library of Congress’s National Recording Registry. The federal government reserves the registry for only the most important, influential pieces of music created by the crème de la crème of America’s ingenious artists. And to celebrate the global, digital re-release, MERRY JANE is hosting a special livestream at 4:20pm PST featuring a DJ set by Snoop himself.

The Chronic wasn’t just Dr. Dre’s solo debut as a rapper, it also introduced the world to Snoop Doggy Dogg, who contributed verses to 13 of the album’s 17 tracks. The hardcore rap enthusiasts out there already know the story behind The Chronic. But for those of you who don’t know, here are some rare tidbits and trivia facts about one of the most landmark albums in hip-hop history.

In 1992, being a black American in Southern California wasn’t easy. Hell, it still isn’t easy. But back then, several members of the LAPD were caught on tape beating Rodney King damn-near to death on the side of the highway. The trial led to a national media circus, and all but one of the cops walked. South Central LA, pent up after decades of mistreatment at the hands of both city officials and the police, exploded in a five-day riot.

The LAPD contained the riot — but didn’t try to stop it — by setting up roadblocks around the inner city African-American neighborhoods. News choppers circled overhead to broadcast the chaos live to everyone’s TVs. The nation erupted in heated, volatile debates about the state of poverty, drug addiction, racism, and police brutality in a country that had ignored the plights of America’s minorities during the Reagan years. Stores burned to the ground. Looting was rampant. By the end of it, the riots caused over $1 billion in property damage, and left over 2,000 people injured and 63 dead.

While the riots raged just beyond the walls of the Death Row Records studios, Dr. Dre assembled a crew of relative unknowns to contribute to The Chronic’s gangsta chorus. Snoop Dogg, Daz Dillinger, Kurupt, Nate Dogg, Lady of Rage, Jewell, RBX, DOC, and Warren G spent long days and nights with Dre as he experimented with funk, rock, and soul samples to perfect the G-funk sound that infects hip-hop beats to this day.

The Chronic didn’t just showcase new, hot talent that would forever change the face of pop culture. It captured a moment in time, a snapshot of the city that manufactures and sells the American Dream through Hollywood films, big TV studios, and giant record labels. It embodied the rage, the horror, the tragedy, the love, the humor, and the joie de vivre experienced every day among Southern California’s most downtrodden.

What ultimately came from The Chronic? It went multi-platinum and got Dr. Dre his first Grammy. The album also caught the attention of Interscope Records’ Jimmy Iovine, who wrested Dre from Death Row and gave him his own label, Aftermath Entertainment. Over the years, Aftermath signed acts like Eminem, 50 Cent, G-Unit, Raekwon, Eve, Busta Rhymes, and The Game to its roster.

Below, you’ll find some other, lesser-known facts about The Chronic and how it touched the lives of everyone around it — and beyond. 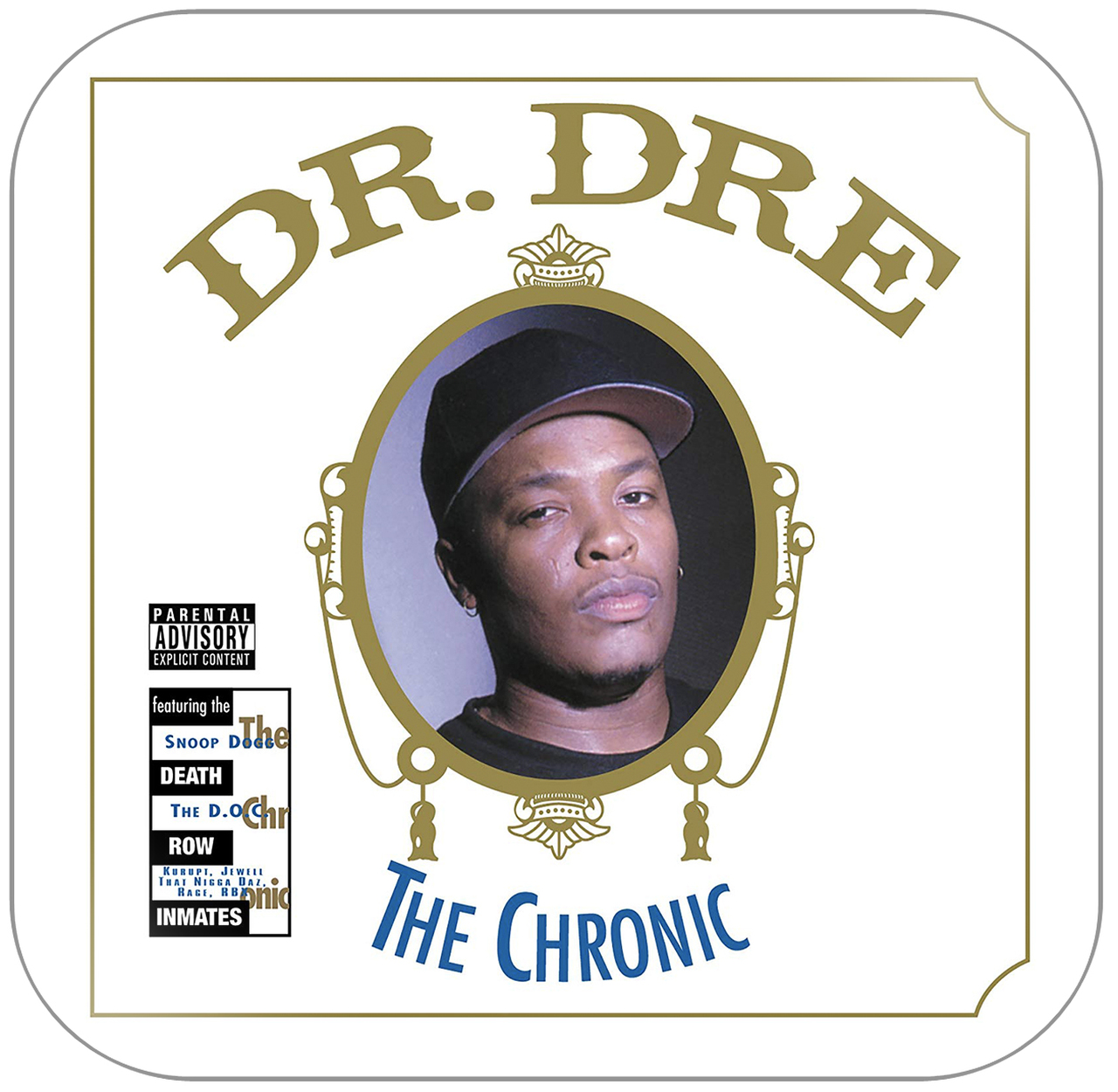 The photographer who shot the cover photo of 27-year-old Andre Young for The Chronic almost got on the wrong side of Death Row’s nefarious exec, Suge Knight. According to Michael Benabib, Suge invited him to a party in LA shortly after snapping Dre and Snoop’s photos in New York. Suge kept asking Benabib to take photos of other Death Row artists at the party, which prompted the photographer to snap back at Suge and call the former bodyguard “cuz.”

Although Benabib initially drew Suge’s ire, unaware of the executive’s notorious reputation, it ended well. After The Chronic became a smash hit, Benabib bumped into Suge at another party. Suge invited him with open arms and even called him “cuz.”

Dre Had Doubts That ‘The Chronic’ Was Actually Any Good

When Dr. Dre first started shopping The Chronic to record labels, they rejected him. In a 2008 interview with Vibe magazine, Dre said that most record execs wanted nothing to do with The Chronic because it featured live instruments. “This isn’t hip-hop,” he recalled them saying. Shortly before The Chronic got picked up by Interscope Records, he even asked Nate Dogg, second-guessing his work, “Is this shit good or not?”

Eazy-E Made $1.5 Million From an Album That Dissed Him

First off, no disrespect intended here to the late Eazy-E. Dr. Dre and Snoop let go of that shit a long time ago. But Dre’s heavily-publicized beef with Eazy-E was one of the first great studio battles in gangsta rap. Stemming from contractual disputes, Dre co-founded Death Row Records with Suge Knight to break away from Eazy-E’s Ruthless Records.

To terminate his contract with Eazy-E, Dre guaranteed Eazy-E would get a hefty cut of The Chronic’s sales. Then, on the album’s intro track, Dre clowned his former NWA homie. Ultimately, Eazy got the last laugh: The Ruthless Records exec made an estimated $1.5 million from The Chronic’s royalties before he died in 1995. At least, that’s the story according to the 2015 book, Welcome to Death Row.

OK, so first off, there wasn’t ever really a beef between the entireties of the East Coast and West Coast rap scenes. That was largely a media myth. There was, however, serious beef between an East Coast label and a West Coast label: Bad Boy Records and Death Row Records, respectively. And that beef ended in both tragedy and reconciliation.

The beef arguably started with the Bronx’s Tim Dog who dropped a track called “Fuck Compton” in 1991. Snoop and Dre replied with a few disses to Tim on The Chronic. And the rest is history. But don’t get it twisted: Dr. Dre showed love to the East Coast in The Chronic, too, by featuring New York’s Lady of Rage on the album. 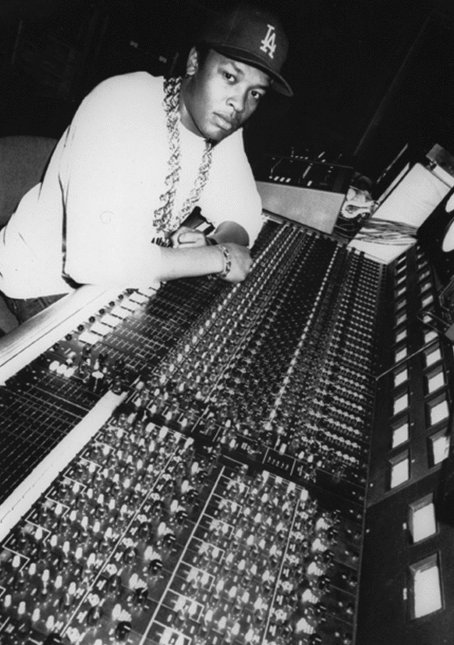 Before tomorrow’s worldwide digital release of The Chronic on all music streaming platforms, the record was reissued three separate times: first in 1992, again as a dual-disc in 2005, and then again as The Chronic: Re-Lit in 2009.

The Chronic may be Dr. Dre’s most influential work, but it’s not his best-selling one. 2001 gets that claim to fame.

2001, however, was originally titled The Chronic 2001, but old contractual agreements prevented Dre from using “The Chronic” for his Aftermath products. Dre intended the album to be a sequel to The Chronic, with the 2001 track “The Next Episode” being a direct follow-up to The Chronic’s first single, “Nuthin’ But a G Thang.” 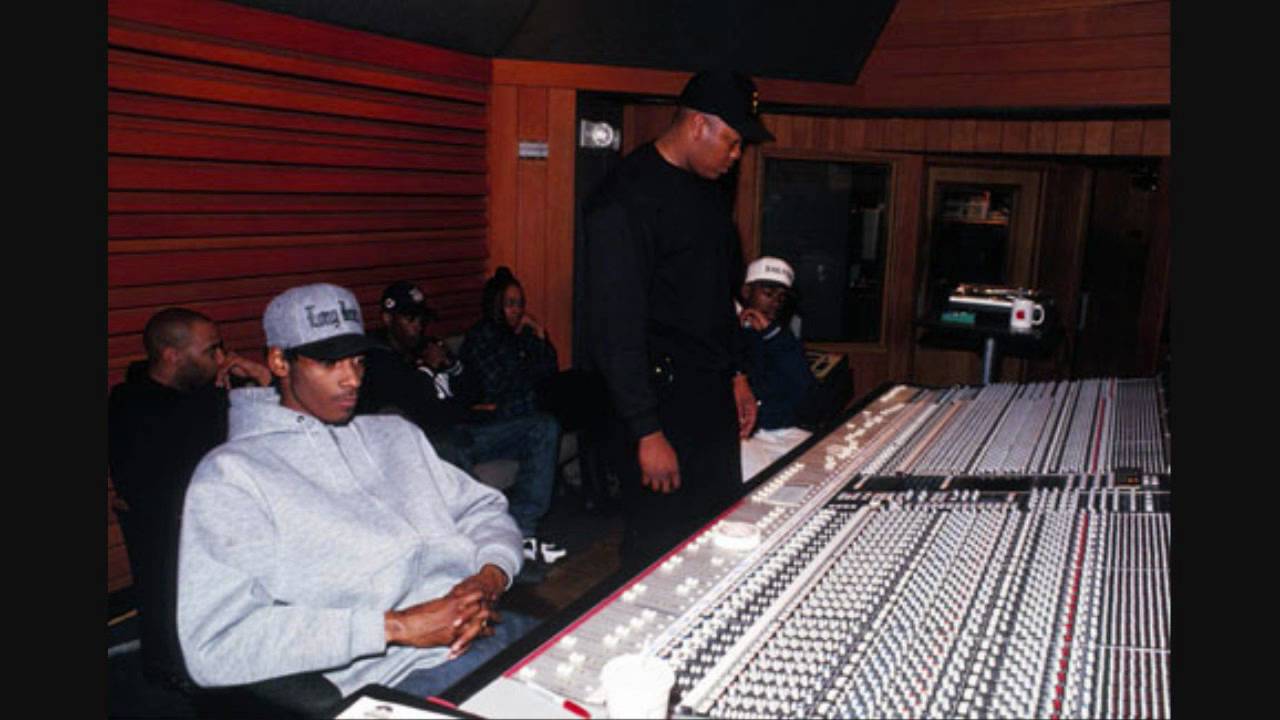 Many Collaborators on ‘The Chronic’ Were Financially Struggling While Recording

While recording The Chronic, RBX worked at a shoe store. Snoop bummed rides from RBX since he didn’t own a car at the time. And Lady of Rage worked security at the Hollywood Palladium.

RBX Quit Rapping Before Returning to the Game on ‘The Chronic’

According to an interview at XXL, Snoop approached RBX for The Chronic at RBX’s shoe store. Snoop needed “new kicks” for a music video he was about to shoot. While making the sale, Snoop convinced RBX to throw his hat back into the lyrical ring. And RBX did just that.

For real, weed is right there in the album’s title, The Chronic. Dr. Dre, with the help of his new protege Snoop, named the album after high-grade, premium bud that could get anyone and everyone stoned AF. Dre felt that the title fit his masterpiece, since he’d also be bringing some of the dopest shit ever recorded to the rest of the world. The album’s cover was even stylized after a pack of Zig-Zag rolling papers.

“Cypress Hill’s [1991] debut remains a watershed moment in shifting the [cultural] perspective of pot, but The Chronic and its six million-plus sales in the United States has effectively made it the Sgt. Pepper’s of stoned hip-hop,” wrote High Snobiety, comparing Dr. Dre’s iconic work with that of The Beatles’.

In the early days of gangsta rap, rappers focused almost solely on, and even glorified, crack cocaine. When Snoop became America’s hottest artist in 1993, even beating out hit acts like Pearl Jam and Frank Sinatra on the Billboard charts, gangsta rappers realized they didn’t need to rap about crack anymore to make it big. They could just stick to rapping about weed and get rich doing it, too.

Got any other trivia gems about the history of The Chronic? Let us know! And stay lit, stay healthy, and smoke one with your doggs this holiday!

Catch Snoop’s live DJ set celebrating the re-release of ‘The Chronic’ on 4/20 at 4:20pm PST on MERRY JANE’s Instagram!